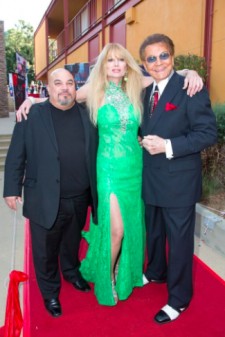 This international festival united the diverse worlds of film, fashion and finance.

The Universe Multicultural Film Festival seeks to bring to the best of classic and contemporary filmmaking from the world and is committed to enlightening the public with a unique international film program, a forum for cultural understanding and enriching educational opportunities. The Festival focuses on showcasing diverse cultural and heritages films, supports the creation and advancement of innovative and artistic cinematic works of both emerging and seasoned filmmakers and proudly embraces the passion, independent spirit and vision of these talented artists. With the integration of the local community and educational institutions into all aspects of the Festival, this Festival stimulates an interest in the study and appreciation of film and encourages people of all ages and background to participate and share the harmony of the universe. In addition to the awards ceremony, this three day festival will have screenings, panels and a fashion show.

As a Broadway musical producer, her production "Chen Ying Rescuers the Orphan "made to Dolby Theater (Oscar award Home theater) in October 2016. It become the first Broadway Musical to debut at in Dolby theater in history.

Before the entertainment industry, she was a Project Manager specializing in international business exchanges and has served as a management specialist for Fortune 500 companies. She is the Shanghai (China) Zhabei District Investment Advisor and currently serves as the vice chairwoman of the Maeya Culture Exchange Group. Given Ms. Tang's background, This international festival will unite the worlds of film, fashion and finance.

Source: The Williamson Management on behalf of Lynn Tang