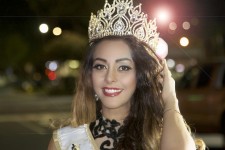 LOS ANGELES, October 13, 2017 (Newswire.com) - Multi-talented and acclaimed film director, producer, and brilliant movie star, Dr. Elham Madani, is about to embark on some wonderful projects and events she created from her limitless artistic talents. She is an acclaimed film director, producer, actress, humanitarian ambassador, beauty queen and CEO of the WIND, Arts & Films Academy and Mighty Vision Pictures, Inc film company. In 2001, she left Iran for India in order to pursue her dream of becoming an actress. In 2002, she returned to Iran and continued her professional training with the goal of someday moving to Hollywood. In 2005, she immigrated to Canada, later graduating from Film School in Toronto. In 2013, she moved to Los Angles to expand her career and graduated from the Los Angles Film School at the top of her class with a degree in Cinema production. She just got her Ph.D. in Linguistics and she graduated in Cinema and film production from the University of Toronto and the University of Tehran in English Literature. She is founder and producer of the 8th annual WIND International Film Festival, which stands for Women and Diversity from Oct. 20 to 22. Her gold-plated trophy resembles the Oscar but in a female angel figure, aka the "Women's Oscar", is a unique design she created that is a wish for many to achieve. The World Humanitarian Award in Hollywood is a gathering humanitarian people, leaders, filmmakers, talents, artists from all over the globe that is a magnificent glory of Elham's great spirit to help fellow humanitarians and to create world peace.

This festival will have an amazing red carpet with international celebrities, press and wonderful networking opportunities. Attire is elegant. On Oct. 20, the festival will be premiering/screening 15 films at the Regency Valley Plaza 6 Theater at 6355 Bellingham Avenue, North Hollywood, CA 91606. On Oct. 21, there will be a Hollywood tour and reality show for 3-day pass holders. On Oct. 22, there will be a lavish awards ceremony at the Celebrity Center in the heart of Hollywood at 5930 Franklin Avenue, Los Angeles, CA 90028. If all this wasn't enough, Elham also created www.100hollywoodstars.com, that is about recognizing 100 of the best in art and entertainment.

I believe with the amount of high quality films and filmmakers we have this year, WIND can be one of the best festivals in the world to stand out as the "women's Oscar." This festival focuses on mostly women and empowering them. WIND Arts and Film Academy is a non-profit organization and the governing body of all this and the WIND Festival is one of our activities which needs to be supported by generous sponsors. I'm so excited about this annual festival! We will have celebrities, royalty, beauty queens and dignitaries from around the world attending this festival as esteemed guests.

Elham is also the Founder, Director, and President of the W.A.F.A., a nonprofit Art and Film Academy that actively organizes programs that promote art and filmmakers throughout the world via many workshops and events throughout the year. Right after the festival, she will produce another feature film in the U.S. Elham was born in Tehran, Iran, the only child of a Persian-American medical couple. Her early aspirations for a career in the medical field were quickly surpassed by an intense passion for acting, dancing, and singing. As a youth, she lost her mentor and mother in the Iran-Iraq war, a tragic event that had a great impact on her life. The deep wound that she felt made her determined to become both a great filmmaker and an activist for the rights of women and the underprivileged.

Her unique imagination, energetic spirit, enterprising and bold personality in front of and behind the camera are what make Elham a distinguished director. She wants to communicate through images that touch people's hearts, to give them hope and bring a message of peace, equality, and humanity. She is empowering and inspiring many through her works. In 2015, the royal family of Indonesia awarded her the Gold Medal of Peace and, along with the Arts for Peace Organization of Los Angeles, recognized her as their Ambassador for Peace and World Peace diplomacy organization, also appointed her Ambassador of Peace. In 2017 she was honored by the commissioner of art and culture another medal of peace for her strong body of universal peace works. Elham's anti-war and humanitarian films have earned her the rank of the best female director in several international film festivals such as the Cannes short film festival. She is a creative storyteller with an important message working to increase recognition for underprivileged and underrepresented people worldwide. She has been dubbed: "The Queen of Empowerment & Inspiration" for her filmography, work ethic, and humanitarianism.

Since early 2011, she has served as a juror for several Film Festivals in Paris, Spain, India, Canada, Italy, and the United States. She has directed and produced over 50 short films and music videos as well as 3 feature-length documentaries. Her latest feature documentary, "ISIS Crisis" — which took much courage and three years of working non-stop on a very big and heavy subject — is another attempt of her pure soul to help and awaken people's eyes.

in 2015 she launched her beauty pageant show in Hollywood, hoping to inspire more young people and adults focusing on their education and wisdom along side vision and personality with having both online and live contest opportunity.

As a founder and president of the 1st Persian Pageant having the Mister category in the world beside Miss and Mrs. category, and the Golden Global Pageant,100 Hollywood Stars and WIND international Film festival, WAFA, Film and Art Academy, she will continue to make many wishes come true and inspire others through their inner beauty, leadership and humanitarian acts and empower and educate them to shine globally. In 2016, she got the title of Miss Excellence in Community in the Miss Asia USA and the Queen of Persia by Mighty Vision Pictures. Elham is a gracious soul who helps and is a real new century soul mother. She is a philanthropist and a unique and talented individual that is also a determined filmmaker who improves the lives of many in the world. Her education, organizational skills and her huge success in the arts and film industries have empowered millions of aspiring filmmakers and are sure to empower millions of others. She is the voice of the many voiceless in the world. She is a true role model and a woman who never gives up.

For more info on the festival and to buy tickets, please go to: 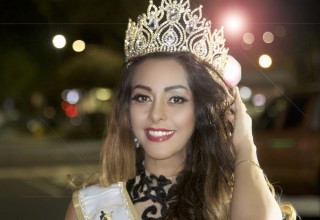 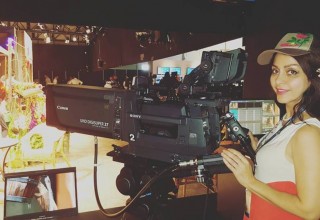 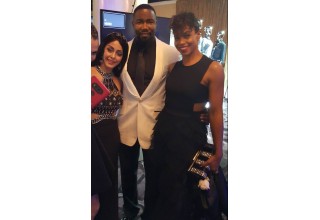 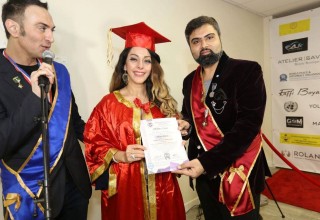